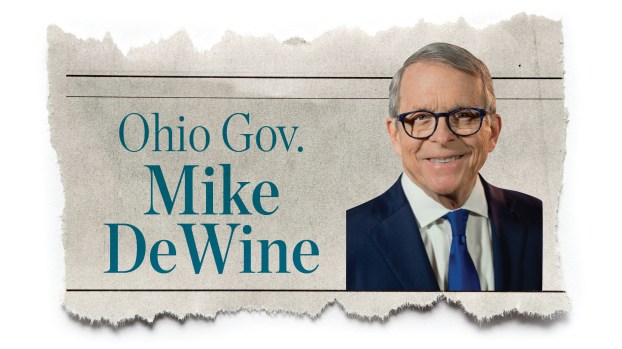 COLUMBUS — Ohio Gov. Mike DeWine announced yesterday that the State of Ohio has initiated the repayment of nearly $1.5 billion borrowed from the federal government to pay unemployment benefits to eligible Ohioans during the pandemic.

This repayment will prevent future tax increases for Ohio employers that would have been needed to pay off the loan.

Repayment of the loan to the United States Treasury is being paid in its entirety with funds from the American Rescue Plan Act. Had the $1,471,765,771.37 loan not been fully paid by Sept. 6, the federal government would have charged 2.2777 percent interest on the debt, which would have led to increases in unemployment taxes for Ohio employers.

“I’m not willing to let our employers bear the unemployment debt burden caused by the pandemic,” DeWine said. “By repaying this loan in full, we ensure that Ohio businesses won’t see increases in their federal unemployment payroll taxes. Without this added tax burden, our employers can invest more money into their businesses and hire more staff. I’m grateful that we were able to work with the legislature to use this federal recovery money to avoid further hardship for Ohio’s businesses.”

DeWine recommended to the Ohio General Assembly in April that ARPA funds be used to repay the loan before the accrual of interest to prevent the increase in unemployment taxes. The General Assembly included the repayment provision in House Bill 168, sponsored by Reps. Mark Fraizer and Mike Loychik, and DeWine signed the bill into law on June 28.

“Paying off this loan will reduce the cost of hiring for Ohio employers, especially small businesses that can’t easily assume the additional cost,” Lt. Gov. Jon Husted said. “When we make it less expensive to put people back to work, it creates more jobs now and for years to come.”

Repayment of the loan began on Monday and requires several cooperative steps between the Ohio Department of Job and Family Services and Ohio Office of Budget and Management.

These include certifying the debt by OBM and transferring the funds by OBM to the Ohio Unemployment Insurance Trust Fund.

NELSONVILLE –– A new sewer line promises to open new economic opportunities in Scioto and Lawrence County through the commitment of... read more