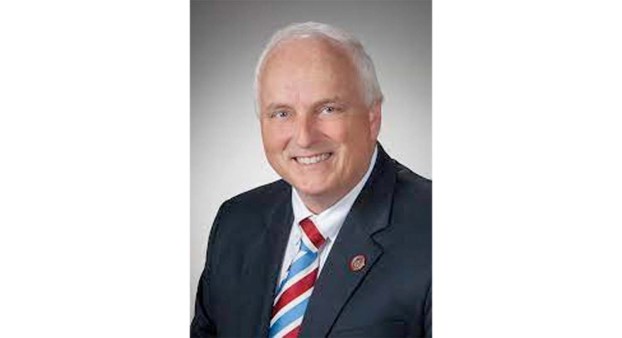 COLUMBUS — State Senator Terry Johnson, R-McDermott, this week introduced Senate Bill 216, also known as Dylan’s law, which would establish requirements the parent of an infant who has been exposed to substance abuse must meet before being reunited.

This stems from a horrible case in Scioto County where an infant, Dylan Groves, was abused, neglected, died and was subsequently discarded in an abandoned well.

“Every little one lost to drug and alcohol abuse is a tragedy. Addiction hurts not just those afflicted — it is a heavy burden for their families and for all of us as well,” Johnson said. “Dylan’s law seeks to protect infants from further abuse while also providing a path to recovery for parents struggling with addiction.”

Before being reunited with their child, parents of substance-exposed infants must complete a course on caring for a newborn experiencing alcohol or drug withdrawal, complete an inpatient rehabilitation program and undergo, and be approved through, a home study.

Upon reunification, parents must also complete several milestones including a visit from a Public Children Services Agency caseworker once a month for three months, regular monthly examinations by health care professionals and regular alcohol and drug testing.

Johnson represents the 14th Ohio Senate district which includes part of Lawrence County as well as Scioto, Adams, Brown and Clermont counties.
The proposed law is named for Dylan Groves, who was born on Jan. 10, 2019 in Scioto County.

He was taken away from his parents, Jessica and Daniel Groves, five days after his birth the was put into foster care because he was born with methamphetamine in his system. He was in foster care for 12 days before he was given back to his father in an effort at family reunification.

Appointments were missed and the parents didn’t return phone calls to social workers.

The last time that foster care workers saw Dylan Groves alive was on March 28 at the parents’ home in Otway.

Foster care workers didn’t ask for help from the Scioto County Sheriff’s Office until May 3.

On June 10, a warrant was issued for the parents. They were arrested after a six-hour stand-off at their home.

Daniel Groves admitted Dylan had been dead since March but wouldn’t admit where the infant’s body was at. Jessica Groves claimed that the baby had been taken by social services.

On June 12, Dylan Groves was found at the bottom of a 30-foot well on vacant property, two miles away from the parents’ home. The body was inside plastic bags inside two milk crates that were bound together with wire.

He was 49 days old when he was killed.

An autopsy showed the infant has skull fractures, a fractured leg and arm, two broken ribs and internal injuries. It also showed that Dylan Groves died with amphetamine and methamphetamine in his system.

The case was so shocking that it garnered national coverage and Court TV sent a reporter to cover it live for the channel. At the first day of the trial, Jessica Groves admitted to killing Dylan and that she alone caused his death.

In January 2020, Jessica Groves was found guilty of aggravated murder, murder, kidnapping, endangering children, interference with custody, gross abuse of a corpse, tampering with evidence and felonious assault. She was sentenced to life in prison without the possibility of parole.

She is incarcerated at the Dayton Correctional Institute.

Daniel Groves was found guilty of murder, kidnapping, endangering children, interference with custody, gross abuse of a corpse, tampering with evidence and felonious assault. He was not found guilty on the aggravated murder charge. He was sentenced to 47 years in prison.

He is incarcerated at the Toledo Correctional Institution.

Sale is one potential outcome as costs rise for county At the Lawrence County Commissioners’ meeting on Thursday afternoon, JB... read more