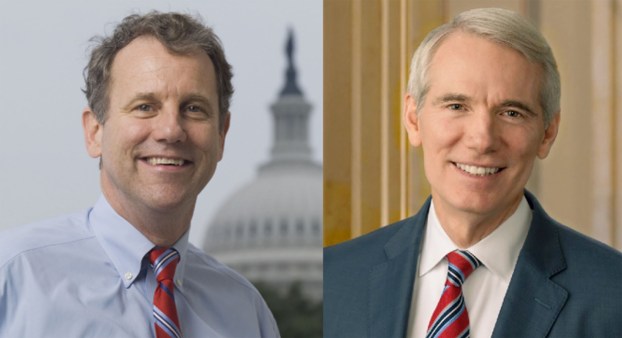 Bipartisan legislation will apply rules to all public works projects

Currently, Buy America rules have not been fully implemented with respect to all federal programs that provide grants for the construction of infrastructure, the senators’ office said.

“When Chinese-or Russian- made steel and other products are used instead of American products, it steals jobs from U.S. workers,” a press release from the senators read.

Their legislation would implement Buy America rules across the board – ensuring that American taxpayer dollars are used to buy American-made iron, steel, and manufactured products for any federally funded infrastructure projects. Portman and Brown introduced the bill with Sens. Mike Braun, R-Indiana, and Gary Peters, D-Michigan.

“I applaud my Senate colleagues for passing the bipartisan Build America, Buy America legislation as a part of the U.S. Innovation and Competition Act,” Portman said. “When the government spends American taxpayer money on an infrastructure project, it’s common sense that the materials used in that project should be made in America. We have the world’s best workers making the best materials we need right here at home.”

“Without Buy America rules, we are allowing manufacturing to go elsewhere at the expense of taxpayers,” Brown said. “It’s simple: American tax dollars should go toward American-made projects that support American jobs. Period.”

Because Buy America rules have not been fully implemented for all federal infrastructure programs, some foreign materials can be used to construct many taxpayer-funded highways, roads, bridges and water and energy infrastructure projects. Portman, Brown, Braun, and Peters said they believe these products instead should be produced in the U.S.

They offered as an example the Federal Highway Administration’s Buy America requirements have been applied only to iron and steel used for structures. However, the FHWA has estimated that structural steel accounts for less than 5 percent of the costs of a typical highway project. That means the vast majority of materials used to construct federally assisted highways, roads, and bridges do not have to be produced in the U.S.

The senators said the Build America, Buy America Act would fix these loopholes and ensure the Buy America statute actually results in the purchase of American-made iron, steel and manufactured products for all federally funded infrastructure projects.

The Alliance for American Manufacturing has endorsed the bill.

Ironton In Bloom Business of the Month

Ironton In Bloom would like to congratulate Ironton’s Frisch’s Big Boy as the June Business of the Month for June.... read more