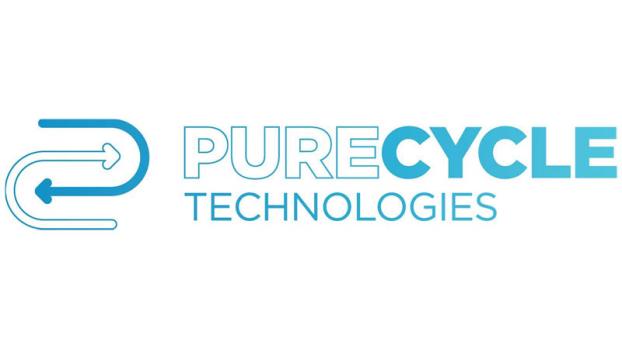 PureCycle to be listed on NASDAQ

PureCycle Technologies LLC has merged with another company and the new corporation plans on selling public stocks on the stock market.

The announcement came on Nov. 16 that PureCycle would merge with Roth Capital Partners and Craig-Hallum Capital Group to create a new company called PureCycle Technologies, Inc. and will be listed on the Nasdaq Capital Market under the new ticker symbol PCT. Additionally, ROCH today entered into definitive purchase agreements for a $250 million common stock PIPE transaction. The transactions are expected to close in the first quarter of 2021.

PureCycle is known for its process of turning used polypropylene, one of the most commonly used plastics, into a resin that is pure enough it can be used in packaging for food and only uses a fraction of energy that it takes to make virgin resin.

PureCycle started up its feedstock evaluation unit in Haverhill, at the old Dow Chemical site, in partnership with Proctor and Gamble in 2015. The company is now working towards construction on its first recycling plant in Lawrence County. Once open, the plant will have the capacity to recycle over 107 million pounds of polypropylene and to produce 100 million pounds of ultra-pure recycled polypropylene per year, starting in 2022.

Last year, Time magazine called PureCycle’s recycling process one of the best inventions of 2019. According to the magazine, PureCycle has already presold their products for the next two decades.

“This transaction represents a key milestone in PureCycle’s mission to transform polypropylene into a recyclable and sustainable product,” said Mike Otworth, CEO of PureCycle. “The proceeds of this transaction are intended to provide us with the balance sheet strength to accelerate the global rollout of our proven technology addressing the immense global problem associated with polypropylene waste.”

Otworth said that approximately one percent of the 170 billion pounds of polypropylene waste is recycled every year and most of it ends up in landfills or oceans, which creates environmental problems.

“We look forward to partnering with the Roth CH team on an efficient, accelerated path for a successful public listing,” he said.

Byron Roth, Chairman and CEO of Roth CH, said the company had looked for a business combination that would not only be a compelling growth company but could also benefit from the relationships and experience of its two growth investment banks.

“We believe PureCycle’s technology will be transformative in plastic recycling and help companies meet their sustainability goals,” Roth said. “We look forward to a successful future together.”

According to a press release, the new company will become a publicly-listed entity with an ascribed pro forma equity value of $1.2 billion and an enterprise value of approximately $826 million, subject to closing adjustments. The transaction will be funded by an issuance of approximately $835 million of new common stock of Roth CH to current holders of PureCycle, $76.5 million of funds from the Roth CH trust account and funds from the $250 million PIPE at $10 per share. Following the transaction and after payment of transaction expenses, PureCycle is expected to add approximately $667 million to its balance sheet — inclusive of the proceeds from the $90 million in equity private placements and $310 million of debt and convertible financings.