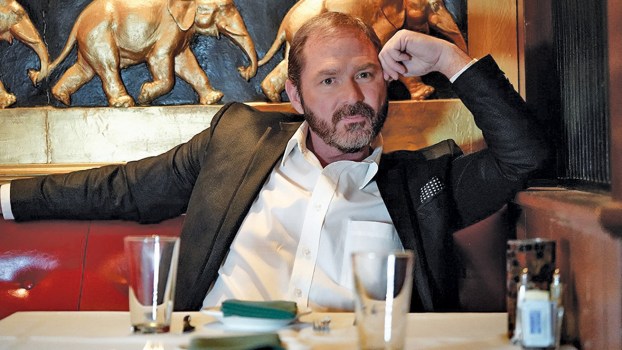 “An Evening with James Edward Holley” is set for Nov. 5 at the Paramount Arts Center in Ashland. (Submitted photo)

ASHLAND, Ky. — An event, set for the Paramount Arts Center on Nov. 5, will highlight the work of a local actor.

James Edward Holley, 50, of Huntington, retired from the military after 23 years in 2017 and since then has focused primarily on professional acting roles.

He has worked all over the world, acting locations like Sweden and Thailand and starring plays in seven different states.

The event at the Paramount, “An Evening with James Edward Holley,” will feature a screening of “The Cave,” a 2018 film based on the true story of 12 members of a Thai boys’ soccer team who were trapped for 17 days in a flooding cave.

Holley said, due to COVID-19 pandemic, and the impacts it had on the industry, he made a 25-minute short film, “Before Daybreak,” that will also show prior to the artist’s Q&A at the event.

The Paramount showing will serve as the premiere of the film, written, produced, directed and starring Holley, along with friends and acquaintances in the acting profession. The film has been optioned by SHORTS TV.

It pays homage to crime films of the 1980s, while offering a modern-day ghost adventure. The story is about a girl who has been missing for nearly two years and the detectives who will learn the truth behind her disappearance before morning.

Some of Holley’s television credits include “Most Haunted Places on Earth,” “Ghost Adventures,” “Evil Lives Here” and “Dead of Winter.” He has also acted in commercials and plays and has done voiceover work.

Another project in pre-production is Thailand Cowboys, a fish out of water comedy for which James is collaborating with three time Academy Award winner David Cluck (Monster 2003) and (The Artist 2011).

— The event is set for 7:30 p.m. Tickets are $10 in advance and $12 at the door. They can be purchased by visiting www.paramountartscenter.com, calling 606-324-0007 or visiting the Paramount box office on Winchester Avenue.

CHESAPEAKE — Doug Hale has been named interim superintendent for Chesapeake schools. He took over the position from Jerry McConnell,... read more