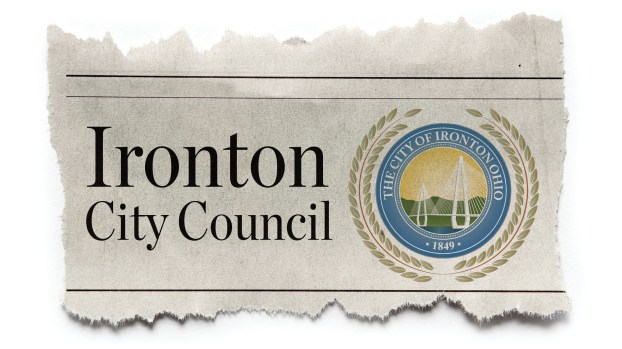 People in the city of Ironton will have to wear a mask in public spaces to limit the spread of COVID-19 after the Ironton City Council passed an ordinance on Friday afternoon.

But, because the ordinance had five for votes and two votes against, it passed, but doesn’t go into effect for 30 days, Aug. 16, while Lawrence County is in the midst of a spike of COVID-19 cases that has seen the number of cases doubled from July 1, when there were 64 cases, to 144 cases on Friday. Last Sunday, there were 100 cases.

The city joins Portsmouth and Athens, as well as the neighboring states of Kentucky and West Virginia that are mandating masks.

Prior to the vote, the meeting began with a discussion of whether or not the city should mandate masks.
Councilman Mike Pierce said he was for masks but was going to vote against a mandatory mask ordinance.

He said the CDC, Gov. Mike DeWine and the Lawrence County Health Department have all “pleaded” with people to wear masks to slow down the spread of the coronavirus.

“I think if the masks can help, we need to be thoughtful of others and wear them,” he said. “This should not be political statement. It should be a matter of respecting others and helping our neighbors.”

He asked everyone to wear masks, social distance and sanitize their hands.
“By my comments, you can tell I do favor this legislation, however, I will be voting no on this, because I feel it should be our choice and I disagree with the fine portion of the legislation,” Pierce said, adding he thinks people will do the right thing without the threat of the fine. He added he does want businesses and schools to stay open and wants sports in the fall.

“If it takes wearing a mask for a month, I’ll do it. Let’s all do it,” he said.
Councilman Chris Haney pointed out that the fine is not up to city council or the mayor, but that it would be given out by the courts, which could fine a person up to $150.

He said he would have thought that, if Pierce wanted to see students have fall activities, he would vote for the ordinance so the city could do everything possible to make that happen.
He pointed out that there were 27 more cases in the past two days and if there had been a mandatory mask order a month ago, maybe there wouldn’t have been so many cases.

He said he wanted to make it so students could go back to school on a regular basis, not blended classes or just going a couple days of week.

“I think it is the smart thing to do,” he said.

Councilman Nate Kline said he would also be voting no because the state felt that Level 2 was appropriate and that if it went to Level 3, masks would be mandatory anyway.

He added that the Ironton Police Department was already overstretched from dealing with the drug crisis.

Councilman Jacob Hock said they put the ordinance together because they wanted to be proactive.
“I don’t want us to hit Level 3 before we do something,” he said. “I think it is very important that we consider every option.”

Mayor Sam Cramblit said that his concern was for the first responders like EMS, the police, the sheriff’s office and fire department who have to deal with people who might be contagious.

“We can avoid these situations, but they have to deal with people who may have this virus,” he said “I feel putting them in harm’s way is not fair. I also don’t feel it’s right for businesses who have suffered because of the shutdown we had before, and if we don’t take the right measures to get this thing slowed down… I anticipate that we are going to be hit with another shutdown from above again and I don’t think that is right.”

Councilman Craig Harvey said that he didn’t feel strongly one way or the other, but that he would back whatever Lawrence County Health Department director Georgia Dillon decides since she has years of experience in public health and he considered her an expert and that is who you should listen to.

Before the vote, the council members heard from Dillon, who said she was for masks being mandatory.

She pointed out that, last week, the health department saw 29 new cases and that this week, they saw 44 new cases.

Dillon said that there have been no deaths in the county and that have been no outbreaks in the nursing homes.

She said that the outbreaks are from people in bars, churches, funerals, weddings and athletics and that only a small portion of the cases have been travel-related.

“It is always when groups meet,” Dillon said.

She also said that the health department was aware of two people with active cases of COVID-19 that were going out in public and not wearing a mask and practicing social distancing. She said that, other than requesting the people quarantine, they couldn’t do much.

The ordinance passed 5-2, with Pierce and Kline voting against it. Since the ordinance was read as an emergency, it required at least six votes for it to take effect immediately.