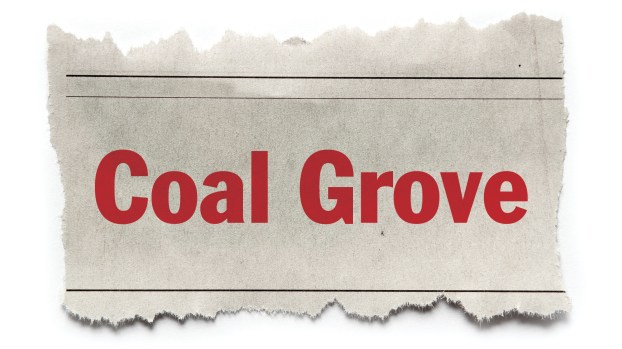 Project could start this fall

Coal Grove Mayor Gary Sherman is happy to see more funds coming in for the village to repair antiquated water lines, especially when it amounts to $1 million.

The village has been working on getting grants for a couple of years now in an effort to replace water lines that are a century old which have led to frequent lines breaks and residents having to put up with dirty water.

In May 2019, the village got $4 million from the Ohio EPA to fix the system and Coal Grove having to take a 30-year loan of $2 million to pay their half of the project, which would cover new water lines, fire hydrants, valves, meters and any pavement repair needed.

“Unfortunately, because we are a small village, we don’t just have $2 million laying around,” Sherman said. “So we had to raise the water rates just a little bit, like anyone would have to do.”

However, the engineering firm that is working with the village, the IBI Architectural Services, continued to apply for grants to help pay the costs and they were lucky enough to receive two.

“They said ‘Hey, there are more grants out there you can apply for.’ Why would you not apply for more grants, right?” Sherman said. They did a big push applying for low-to-moderate income (LMI)grants. “Happily, we fell in the boundaries of being eligible.”

Last week, it was announced that the Appalachian Regional Commission (ARC) had awarded $250,000 for the replacement of outdated and undersized waterlines and installation of 77 fire hydrants in the village.

On Friday, Sherman found out they had gotten $750,000 in federal Community Block Grant Development funds.

Sherman said they had slowed down starting the water line project as they waited to see if they would get any more grant money and he’s glad they did.

“The difference is that, instead of starting in June, it could start in September or October,” he said. “Actually, we hadn’t expected to hear back this soon on the grants.”

He said he talked to the project engineer and they have 30 or 40 days of paperwork to be completed before they can award the contract.

“We have already awarded a bid and have a contractor, we just have to wait to have a village council meeting and have the official vote,” Sherman said. “But, with all the dirty water issues we have, we can’t wait to get started. We can’t wait to start digging.”

Kevin Wood, who heads up IBI’s water and waste water group and is working with the village on these projects, said that the grants require an environmental review by the state.

“So, once that is done, the project can move forward,” he said. “But it will probably be another two or three months before the work can start.”

Woods said that most of the work will be done mostly within the village limits.

“There are customers outside the limits, but those are newer lines,” he said.

The village also was awarded $5.7 million to fix the water treatment plant.

“So, the LMI grants are working for the village, big time,” Sherman said. “The federal government seems to be throwing money at us.”

That means they would have to raise water rates, “which we absolutely do not want to do,” Sherman said. “So, we’ve got some big discussions to have here. The good thing is we don’t have to take the full $5.7 million, so with our engineers leading us, we have the possibility of going into our water facility and maybe picking and choosing one or two of the most important things and do half that amount of work.”

He hopes that way it will cost water customers less, because they don’t want to pass up a funding opportunity for a plant that is 75 years old.

“We are pumping out water that is crystal clear, 24 hours a day. Our plant is not the issue, it is the old water lines,” Sherman said.

Bare says Charlie Daniels was ‘like a brother to me’