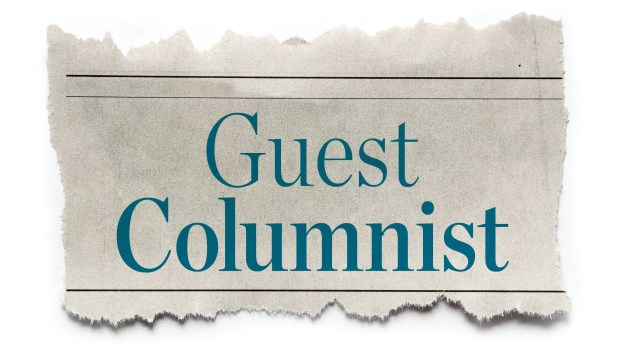 Chris Perry: A time of awakening for a better humanity

When I was in first grade, at Kingsbury Elementary, I was asked “What color are you?” and the answer to that question would ultimately be the cornerstone for my own personal “Who am I?” question.

From the moment my mother brought me home from the hospital, until the day I left for college, I lived in a predominantly black section of my predominantly white town. Most of my close friends, and people I associated with, were black, biracial, Latin, and Middle Eastern.

There were a handful of white families in my neighborhood, but they were the “minority” on and around 9th Street.

My reason for the backstory, is to explain how that defining question, asked of me, led to the answer I gave.

For the record, the little girl, who asked me what color I was, is now, and always has been, the very kindest and sweetest soul I’ve ever known. I knew even then, that there was no malice in her heart.

You see, it was the last day before Christmas break and, as was tradition, we had a classroom gift exchange, where parents were invited to bring snacks and refreshments and help chaperone.
When my mom arrived with sweets in hand, I ran up and gave her a big hug, which must have been somewhat confusing to some kids in my class. I guess most assumed, based on the group of friends I hung out with, and the neighborhood where I lived, that I was black, or possibly Latin.

The one thing that was for certain, was that a brown-skinned, brown-eyed, crazy-haired kid couldn’t possibly have a white, blonde-haired blue eyed-mother. Crazy right?

Throughout the remainder of my time living in the Tri-State, most everyone knew I was biracial, or to be period appropriate, “mixed.”
As a “light-skinned black guy” I knew there were certain things that would or would not be accepted, tolerated, or permitted.

There were places, (the swimming pool) and events (parties) that those of color were not invited to, and there was NO CHANCE that white boys or girls were “allowed” to openly date black or brown girls or boys (except for the few Asian kids in town, whose parents happened to be doctors, interesting, huh?)

Sadly, we even segregated ourselves during school lunch.

Now let me be clear, there were no written laws prohibiting these interactions, but the socio-economic conditioning was as real as any sign saying “KEEP OUT!”

It wasn’t until my junior year that I decided to buck the system, my own silent protest if you will, and ask a white girl to prom.
She was from a prominent family, so I was prepared for the inevitable “sorry, I can’t” So imagine my surprise when she said yes.

When the sign-up sheet for prom was posted and her name appeared next to mine, there was a two-month long buzz in the halls of our school, leading up to prom night.

It had been more than a decade since an interracial pair had graced the Grand March before Ironton’s prom and those ended up married!
From that moment forward, I decided that I was not going to let a narrow-minded view from people in the Tri-State determine who I was, or where I could be.

My college experience was an easier transition for me than for some others, because a core group of my freshman friends were on the track team, where race (no pun intended) was much less an issue.

It was, interestingly enough, during this period, that I finally found the courage to talk to my mom about being a white mother of a biracial son and living in a predominantly black neighborhood.
She was somewhat sheepish during our conversation, she said that she didn’t feel entirely qualified to have this conversation, but she did indicate that a secret fear she had, was that my being black might eventually cause legal issues for me.

I quickly and arrogantly assured her that I knew how to navigate, through life and I knew how to circumvent issues of racial profiling and with the police.
Man was I naïve…

It wasn’t until moving to Columbus that I understood the difference between being a biracial kid versus a biracial man.

The perceived threat of a black man, has been ingrained in so many minds, that it is clear to me, after multiple department store profilings and two racially-motivated traffic stops (where one found me at the business end of the cop’s service weapon, to which I was told “you don’t look like you’re the owner of that SUV”) that, after 51 years, our country has been stagnant, at best, when it comes to race relations and equality.

Now, to my white family and friends, it is my hope that you don’t mistake this story as a condemnation of white people. In fact, most people I know, regardless of their race, are good and fine people.

That said, we are living in a time of an awakening of our soul… It is more important now than ever, that my good and fine family and friends resist the idea of feeling offended by this movement and this insistence for change. Rather, it’s necessary, better yet, it is incumbent upon us, to embrace this change for the betterment of humanity!

I always believed that my kids generation would see this country’s first minority president, but in a very jaded fashion it would not happen in my lifetime.

After 2008, however, my heart was full and I truly believed that our nation was on an amazing path of self correction.

Just 12 years later, however, it is clear to me that the desire to remain divided by way of fear and hatred has overtaken the desire to free ourselves of bigotry and disdain.

As we approach Fathers Day, the irony of being a brown-skinned, brown-eyed dad, to a son with fair skin and blue eyes does not escape me.

Quite frankly, in a very large way, it leaves me feeling inexplicably guilty, because of the millions of brown and black fathers who don’t have the slight peace in their hearts that I have, knowing that, when my son walks out the door, he WON’T be pre-judged as a potential threat. In other words, his skin won’t be a weapon.

To those who took the time to read this, I say thank you. I hope that just even a few of you can walk away with a more open mind and a little more love in your heart!

P.S. — When my lifelong friend, from first grade through college, asked me that fateful question 45 years ago, my answer was gray.
Mixing white paint with black paint, makes GRAY.

Letter to the editor: Remembering my father—a proud black man

Sunday, June 21, will be Father’s Day and many sons, daughters, wives, mothers and even sisters and brothers will send... read more