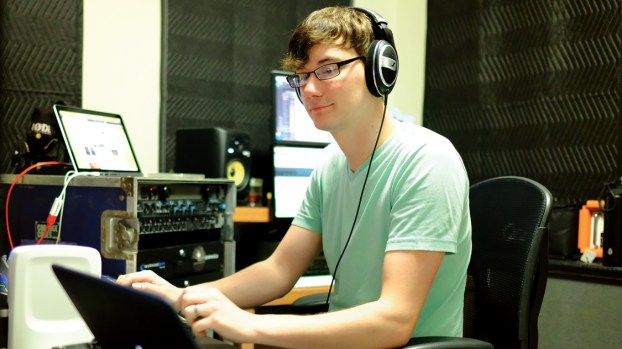 The show must go on: Local audio company provides performance opportunity for artists during COVID-19 pandemic 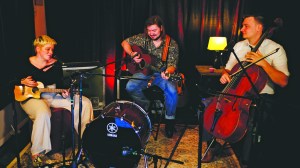 The band Cypress performing for a live stream at Blue Lava as part of the Appalachian Folk Festival. (The Ironton Tribune | Jeremy Holtzapfel)

CHESAPEAKE — With many music venues shut down and gatherings of more than a few people banned, many musicians were unable to perform during the COVID-19 pandemic.

Some innovative people in the audio industry, like Max Ross, found ways to keep the music playing.

Ross owns and operates BlueLava Audio, based in Chesapeake. The fact that it is not his full-time job does not decrease his passion for the business.
“Audio is something I’ve always been really passionate about,” Ross said. “It’s just kind of always been my hobby, I guess. I love music. I love anything sound related. It just fascinates me and I really just enjoy working with it.”

Ross has been recording bands on and off for around nine years, but started back up around two years ago. He began his work in Portsmouth, but moved to the Chesapeake area about six years ago.

“I was just watching venues close left and right, and seeing all my musician friends’ gigs dry up.” Ross said. “So I got to thinking, what is something we can do to kind of alleviate some of that and kind of keep the local music scene rolling a little bit?”

Ross began holding livestreamed concerts in his studio, with the help of his full-time employer, Creative Audio Visual company. Bands come in, perform their concert for a livestream camera, and the audience tunes in from BlueLava’s Facebook page. They can even tune in afterwards via the recording on YouTube.

Ross has done around 20 shows since the start of the pandemic, with regular shows taking place every Sunday at 7 p.m. This week will feature The Settlement.

Some of the other artists who have performed on the stream include Cypress, The Little Blue Hearts, Emmy Davis, Devin Hale and OddNoggin.
Ross has also done streams featuring artists from the Appalachian Folk Festival.

To allow artists to feel more connected with their audiences, Ross has a television screen set up for artists to see Facebook Live comments during the performance. The livestreams usually garner around 35-45 views at a time during, but can get thousands when posted on Youtube afterwards.
Ross takes social distancing into consideration for the livestreams. He is usually in the control booth, and the performers are distanced and isolated from him.

“I try to make the artists as comfortable as possible and cater to their comfort level.” Ross said.

Ross runs the livestreams by himself, switching between the video switcher and the soundboard.

Outside of the livestreams, BlueLava Audio works with performers for audio recording work. Ross said he is currently working with Walter Debarr on his new single that will be coming out in the next month or so.

Ross’s passion for audio led him to Recording Workshop in Chillicothe where he completed a program, then learned more through working in the field.

“I think just kind of diving into it and learning as you go is really valuable,” Ross said.

Ross has seen a lot of positive feedback about the livestreams, and hopes to continue them into the future.

For more on BlueLava Audio, visit their website at http://bluelavaaudio.com, their Facebook page at https://www.facebook.com/BlueLavaProductions or call 740-232-9846.