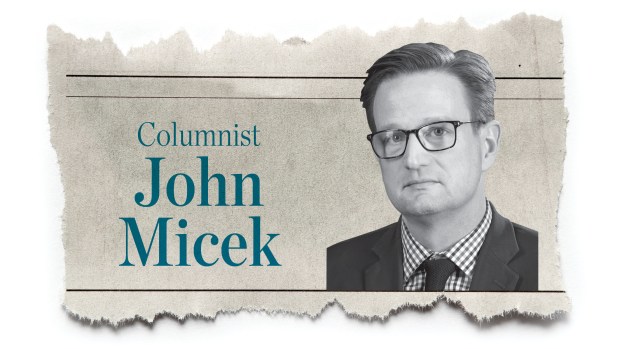 In a post-George Floyd America, it is time to listen

Ever gotten the wind knocked out of you? Or been unable to breathe for even a few seconds?

There’s pain. There’s panic. There’s the desperation of trying to restore the vital equilibrium that keeps your heart beating, your brain functioning, and the rhythms of life intact and in sync with each other.

Now imagine that you can’t breathe for eight minutes.

Try to wrap your head around what is surely nothing less than the blind, uncomprehending terror and agony of being deprived of oxygen for 480 seconds, even as your pleas for mercy and those of bystanders are being ignored. And then imagine that the person inflicting this torture on you isn’t some cartoon villain, but someone sworn to protect and serve the community. And then imagine that his colleagues are just standing there, watching a tragedy unfold before them.

Pile it on top of the little indignities. Being stopped while they’re walking for no reason at all. Getting trailed through department stores simply because they’re wearing a hoodie. Having a white woman call the cops on you when you reasonably ask her to leash her dog. These aren’t urban myths. They’re stories and experiences of real people, told again and again, in identical detail.

As a middle-aged, pretty solidly middle class, white man, it’s something utterly outside my experience. I’ll never know what it’s like to go through any of that.

But I’ve come to know someone who does.

Rob Woodfork and his family moved in next door to mine about a decade ago. Like me, he’s a journalist. And we bonded immediately over work. Our kids went to school together. We’d debate sports, chew over the news, and talk about our shared love for comic books and the Marvel movies. And there was a fierce competition to make sure that if one of us was mowing our lawn, that the other was out there immediately to keep the pace.

The years went by, and our friendship grew. We’d lose hours standing out in the yard, or sitting on one of our back porches, just talking.

He moved to Washington, D.C. a few years back to work in his home market. And while we don’t see each other in person as much anymore, we keep in close touch. I don’t have a brother, but Rob’s as close as it comes. We’ve both seen each other through tough times. And I know he feels the same. In that rare instance of men showing actual emotion, we’ve both said it out loud.

And right now, I’m going to get out of the way, cede the floor to my brother, Rob, and let him tell you what it’s like to be black in America in 2020, and what it’ll take to balance the scales of justice:

“People of color are exhausted. Before we can finish mourning one tragedy, another comes seemingly minutes later. Breonna Taylor’s murder happened before I could wipe the tears shed for Ahmaud Arbery, leaving me numb and weak seeing George Floyd killed on video.

“There is legitimate trauma from constantly watching people like us senselessly killed and then seeing lesser consequences – if any – for those responsible.

“Whether in deed or word, we’ve been told for over 300 years we don’t matter here, and we need people within the establishment to shout down those still reinforcing that unjust message.”

When I asked him for a way to reconciliation, he continued:

“It starts with listening. White folks who seek to be allies need to put aside personal biases and preconceived notions and listen, with an empathetic ear, to what minorities are telling them about racism. We’re not imagining it. Racism is not some card we play to excuse a lack of achievement.

“Trust me when I say: We’d much rather have equality than hand outs or set-asides. What we’re asking for is reasonable – life, love and the pursuit of happiness on the same level as white people, and a better understanding from law enforcement that our skin color doesn’t make us a threat.

“Frankly, we’re tired of asking – and in George Floyd’s case, begging – to live. We are American citizens, same as white people. We shouldn’t have to ask for American privileges like freedom and equality but we do – and usually pretty damn politely. Please listen.”

That’s what stays with me: George Floyd begging, “please sir,” to let him up, to let him breathe.

We all need to listen. Harder than we ever have before.

John Micek is the Opinion Editor and Political Columnist for PennLive/The Patriot-News in Harrisburg, Pa

“Late at night when it’s hard to rest/I hold your picture to my chest/ and I feel fine, I feel... read more