UNO the one for Pettigrew 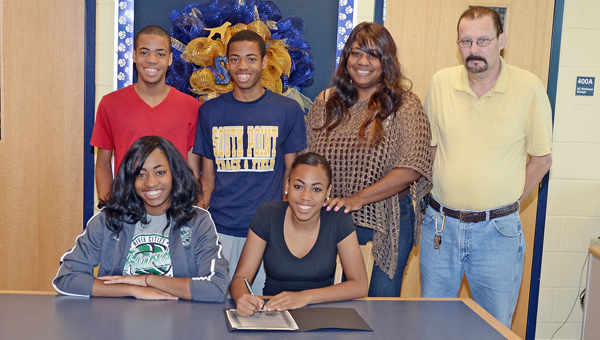 South Point senior volleyball standout Tia Pettigrew didn’t know anything about the University of Northwestern Ohio. But after a conversation with coach Lora Sarich and a visit to the campus, it was all she needed to know as far as where she wanted to play.

“I had never even heard of the college,” said Pettigrew.

“My high school coach (Allen Perry) sent out emails to coaches and (Lora Sarich) reached out to me. She asked me to come visit and play with the team. It was fun. It was intense.”

Pettigrew picked the Univesity of Northwestern Ohio over other schools such as the University of Pikeville, West Virginia State, Kentucky Christian and Rio Grande.

“I liked the campus and I liked the coach and it felt like home. (The academic program) was something that helped,” said Pettigrew who plans to major in medical assistance.

Pettigrew may not have known about UNO, but she was very much aware of her future goals dating back to the sixth grade when she began playing volleyball.

“When I first started playing it was always my dream to play in college,” said Pettigrew. “I’m excited. It’s going to be a great experience. It’s going to open more doors and more opportunities.”

Not only does Pettigrew know where she is going, she knows what it will take to play when she gets there.

“I definitely think I’ll have to work harder than ever before, but I think I’m going to be ready,” said Pettigrew.

“Not many people get this opportunity, so I’m really thankful.”

Tia is the daughter of Melanee Keys.

Jim Walker jim.walker@irontontribune.com   CHESAPEAKE — The Coal Grove Hornets are going to need another hand. The Hornets may have... read more