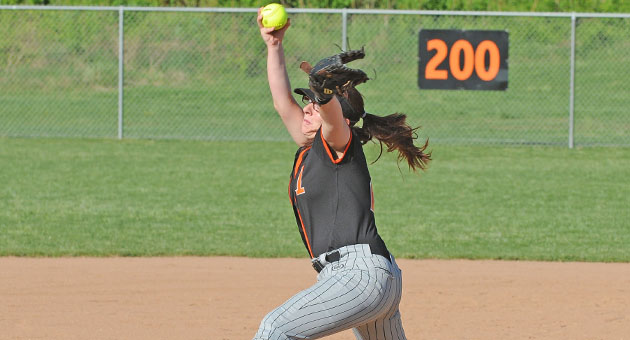 It was the Ironton Lady Fighting Tigers version of a tag team.

The duo combined for seven strikeouts and did not walk a batter.

Ironton was guilty of four errors while the Lady Vikings had seven errors.

“Wetzel had nice control tonight on the mound. Metzger came in with some head and struck out three of the four batters she faced,” said Ironton coach Missy Fields.

Ironton (3-0) had seven hits led by Andi Kratzenberg and Rebekkah Potter who each went 2-3. Kelsey Hackworth was 1-1, Wetzel 1-2 and Saige Fields 1-3.

The Lady Fighting Tigers led 2-0 after the first inning and scored five in the second, six in the third and four more in the fourth inning to create the mercy rule win.

The Lady Vikings only run came in the fourth inning when Hannah Roach reached on an error, moved up on a passed ball, took third on an error and scored on a sacrifice fly by Katie Hill.

The Associated Press   GOODYEAR, Ariz. — Right-hander Mat Latos threw a pitch and pulled up awkwardly. Just like that,... read more