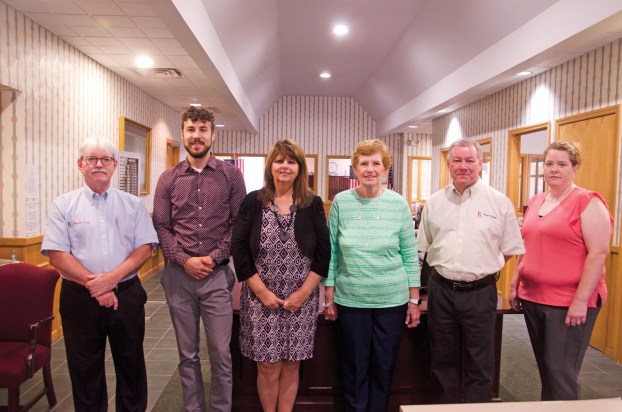 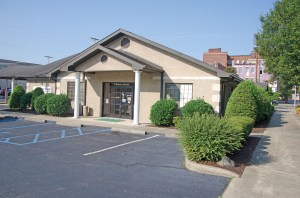 In 1896, one of Ironton’s longest running businesses got its start, and continues to serve Lawrence County to this day.

Liberty Bank, located at 314 Park Avenue, is marking its 125th anniversary this year.

Bank president Randy Mays takes pride that the institution he works for is the only locally-owned bank in the county.

“A lot of the others sold out over the years,” he said. “We never sold and still have the same ownership. We are a savings and loan association and our depositors own the bank.

Mays, who serves on the board of directors along with Greg Walbright, Jeff Clark, Michael Sheridan, Michael Stewart and Richard Mountain, said they have 15 employees.

“We have a lot here who are lifetime,” he said, noting that one has been there 55 years and another for 39. 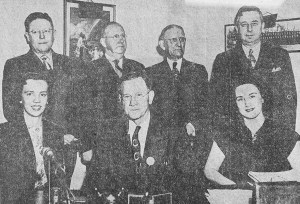 Liberty Bank, which has a branch in Proctorville, has survived the Great Depression, two world wars and two pandemics in its time of operation.

“You can imagine the history in 125 years,” Mays said.

He said the COVID-19 pandemic of the past year was a major challenge for the bank, changing the way they had to operate.

“We had to shut the lobby down for a while, but it’s back open in both locations now,” he said.

The bank has its roots a decade before its launch in the German Workingmen’s Building Association, formed by immigrants to Ironton in the late 1800s.

A certain number of men would subscribe to shares and paid dues of 50 cents a share every two weeks, until the subscribed shares were fully paid.

“Then they drew straws to see who could borrowed money and was first to buy a home,” Mays said of the accumulated funds. 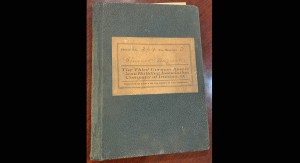 A book from the Third German American Building Association Company of Ironton, from the 1890s, a forerunner of Liberty Bank. (The Ironton Tribune | Heath Harrison)

A second terminating charter was granted on April 10, 1896, with the title German American Building Association No. 2.

Mays said, as there were so many German immigrants in the county at the time, paperwork was printed with both English and German, copies of which the bank still has.

Mays said the bank began in the First National Bank building on Park Avenue, then moved to 311 Park Avenue, before coming to its current location, which was built in the 1970s. It was remodeled in 1991.

Mays, who has been with the bank for 21 years, says the biggest change has been modernization, with the bank offering debit cards, online banking and bill pay and check imaging as they were introduced to the industry.

“We offer all the services of the big banks,” he said.

He said the key to their longevity is the personal service they offer to customers, comprised of 3,000 people in Lawrence County.

“And our employees have many years of service and know the community,” he said.