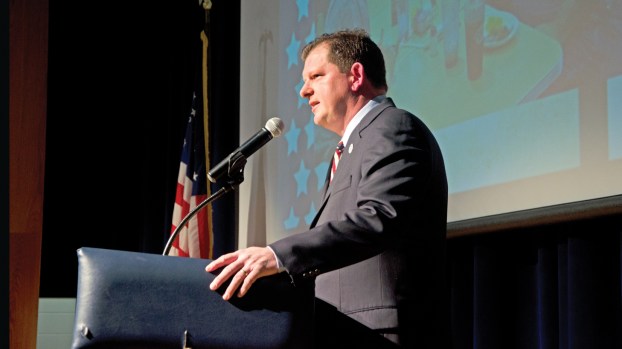 “I am humbled to see the hard work that my colleagues and I have put into this instrumental piece of legislation pay off today as House Bill 450 is officially signed into law,” said Stephens. “As a former County Auditor, I am confident this bill will be helpful in implementing smooth transitions from an outgoing to an incoming fiscal officer. Part of my job as State Representative is to ensure transparency and proficiency throughout Ohio. House Bill 450 achieves exactly that.”

Under House Bill 450, County Auditors, County Treasurers, Township Fiscal Officers and School Treasurers will have a voice in establishing the prescribed checklist needed to complete the Certificate of Transition, creating a smooth transition of authority.
Senate amendments added to the bill in December 2020 remove the statutory agreed upon procedure audits from statue and enforce the continuation of audits under the rules that will be adopted by the Auditor of State. This language specifically will benefit Ohio political subdivisions that have a $5 million budget or less.

Auditor of State Keith Faber added, “Representative Stephens has been a committed partner and dedicated advocate in advancing our efforts to make Ohio’s local governments more efficient, effective and transparent. It is pivotal to the success of our democracy to ensure smooth transitions of officeholders — especially those that are responsible for our tax dollars. Additionally, local governments now have another opportunity to save money on audit costs thanks to the newly signed legislation.”

COLUMBUS — During the previous General Assembly, SB 107 was passed and signed into law. The legislation, championed by Ohio... read more