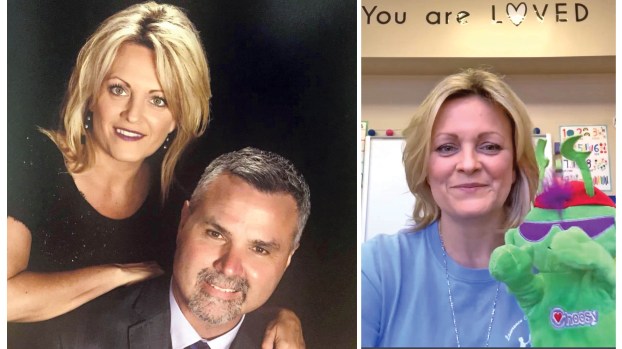 LEFT: Steve and LoRena Cahal, of South Point, who died as a result of a two-vehicle crash on Sept. 5, are being remembered for their commitment to the community and as advocates for developmental disabilities issues. (Photo courtesy of Slack & Wallace Funeral Home) RIGHT: LoRena uses a puppet of CHOOSY to talk to children of the Lawrence County Early Childhood Academy about health choices. (Photo courtesy of LCECA) 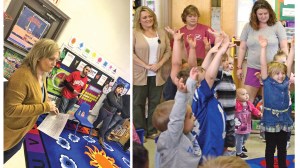 SOUTH POINT — Those who knew and worked with LoRena and Steve Cahal recall two people who were committed to their community and family.

The South Point couple died last weekend, as a result of a two-vehicle crash in Scioto County, and friends, family and co-workers spoke of the legacy they are leaving.

LoRena, 50, had served as a board member for Lawrence County Developmental Disabilities since early 2019.

LCDD superintendent Julie Monroe said she first met LoRena at a meeting for The Arc of Ohio, an advocacy group on developmental issues, where she was working.

“Then, we had a board member opening,” Monroe said. “She came on and was extremely dedicated.”

She said LoRena understood what families faced, as she had a son, Aaron, who was diagnosed with autism and who had been through LCDD’s programs, beginning with Early Intervention and graduating from Open Door School.

“She brought him to all of the meetings, which I thought was great,” Monroe said. “They were wonderful parents and you could see it and feel it – their love for him.” 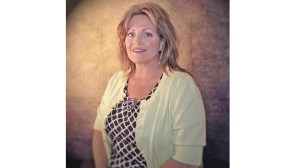 LoRena Cahal served on the board of Lawrence County Developmental Disabilities and was a family advocate with the Lawrence County Early Childhood Academy. (Photo courtesy of LCDD)

Monroe said, as a board member, LoRena went out of her way to reach out to parents and families and offer assistance.

“She was compassionate and was always calling other parents to see if they needed help navigating the system,” Monroe said. “I’m going to miss her — I’ll miss her tremendously as a board member and a friend. She was passionate and gentle in her approach.”

Monroe said LoRena’s legacy extends to Open Door School, where she was deeply involved as a parent.

“She was always there,” Monroe said.

She said Steve, 51, who worked full time as a truck driver for U.S. Foods, was also committed to LCDD, working hard on their campaigns to gain support for a funding levy for the agency.

“He was just as involved, when he could be,” she said. “He was on the front lines. Anything you needed, he was there.”

She said the couple’s passing was “a huge loss” for the community.

They were always very much supportive and in our corner,” she said.

Lou Pyles, who has served on LCDD’s board for more than a decade, echoed that sentiment, describing LoRena as “a tremendous advocate for the DD population we have here in the county.”

“She was a wonderful lady,” Pyles said. “She was great to be around and beautiful inside and out.”

Like Monroe, Pyles said LoRena’s role as a parent brought an important perspective to the LCDD board.

“She was a great board member,” Pyles said. “She was always doing what was best for the DD community. She worked tirelessly.”

Pyles, who is a member of the Ironton Lions Club, said Steve and Aaron were a regular presence at the group’s Haunted Tunnel event each October, always working for hours.

She recalled many conversations with Steve, which she said almost always focused on their son or his work.

“He was a great person,” she said of him.

Pyles said the couple’s passing was a “heartbreaking loss.”

“To see two such great people removed from the community, it’s something that just makes you wonder ‘Why?’” she said. 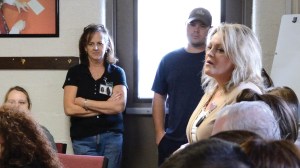 The Cahals were also being mourned at the Lawrence County Early Childhood Academy in Sybene, where LoRena worked as a family advocate for Head Start for 12 years.

Peggy Fuller, an administrator at the site, said she would miss LoRena, not just as a longtime co-worker, but as a “one of a kind and irreplaceable” friend, with whom she had taken many vacations with.

Fuller said the first words to come to mind to describe LoRena were “The Best Mommy.”

“She loved her children, Corey (Black) and Aaron, and her grandchildren, Carter and Avary, with all her heart and soul,” Fuller said.

She said LoRena was a proud Navy mom because of Corey’s service to his country and often wore patriotic shirts.

“She was so proud of who he had become as a man,” Fuller said.

Fuller said LoRena’s position as a family advocate meant she would work with 40-50 families a year, focusing not just on education, but also family needs.

“She worked diligently to help children and families with their unique, individual needs,” Fuller said. “LoRena has, no doubt, positively impacted more than 500 families while working with our program.”

She said words to describe LoRena as a person and friend were ”beautiful, courageous, loyal and fun-loving.”

“She lived life to its fullest,” Fuller said. “She and her family enjoyed traveling. Recently, they visited Scotland and Israel. She loved skydiving. She and her husband, Steve, and Aaron all went together.”

She described Steve as a “hard working family man” and said he was active in events around the community.

Fuller also recalled her friend’s love of a certain band.

“Anyone who knew LoRena knew how much she liked Bon Jovi,” Fuller said. “I will always think of my beautiful friend every single time I hear a Bon Jovi song.”

Like Pyles, Fuller also used the saying “beautiful inside and out” to describe LoRena.

“LoRena was the epitome of that saying,” Fuller said. “Her laugh was contagious and instantly recognizable. We will miss her laugh. The world was much better with LoRena in it. She wasn’t just our employee and friend….she was family.”

Steve, the son of Sue Leslie Twinam Cahal and the late David Edward Cahal, is also survived by one brother, Mike Cahal.

Funeral service will be at 1 p.m. Saturday at Slack and Wallace Funeral Home in South Point, with Tim Jenkins and Dennis Hankins officiating. Burial will follow at Woodland Cemetery in

Ironton. Friends may call from 10 a.m.-1 p.m. Saturday at the funeral home. Social distancing and masks are required.

Dawson-Bryant Elementary students and staff stand for the Pledge of Allegiance during the school’s annual ceremony marking the anniversary of... read more