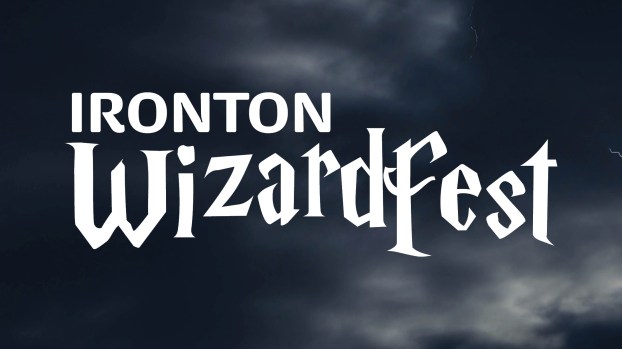 Ironton Wizardfest will be taking 2020 off.

The announcement came on Friday from the festival organizers in a Facebook post that the third year of the event would be delayed until 2021.

“This decision wasn’t made lightly and is rather heartbreaking,” they wrote. “However, the Most Magical Leap Year cannot be denied its power to wield potential dark forces on our celebration, and following suit of other festivities — and under the counsel of the magical governments of our territory — we have decided it best to come back next year with a grand affair we can all enjoy without fearing more than a tummy ache from too much delicious food and drink.”

Brad Bear, one of the eight organizers for Ironton Wizardfest, said safety was and is their main concern.

He said the organizers started talking about what they should do earlier this year when the COVID-19 pandemic first hit the U.S. and decided that unless something changed, there was no way to safely have a two-day event that brings thousands of people to the streets of Ironton, especially since it was determined to be an airborne virus.

Bear said there was no way to safely create a magical event for the multitudes of Harry Potter fans.

“The nature of our event is that we have vendors in tents and we have events inside the Ro-Na Theater and in the City Center and we couldn’t figure how to do that and have a modicum on safety,” Bear said. “There are lots of volunteers and we have special guests and we have thousands of people attend, they are from such a wide swath from all over the country — we don’t want to have an event and then have a lot of people get sick.”

He said worrying about getting sick would ruin the fun factor of leaving the ordinary world for one based on all things Harry Potter.

“You can’t have a lot of fun if you are looking over your shoulder and being concerned about getting sick or are concerned that the people around you are sick,” Bear said. “If you can’t fully immerse yourself and enjoy the festival, then it kind of undercuts the whole point of having it. So, from a safety standpoint, it would be really hard to create something that is fun and joyous under those conditions.”

And there was the whole uncertainty of whether the event could be held in November when no one can predict what it will be like and if the state would even allow large gatherings of people, even in open spaces.

On the practical level, the group has to secure facilities and line up vendors, volunteers and special guests. A lot of that requires money up front and if the event was canceled, there would be no way for the all-volunteer organization to recoup their money back to hold an event next year.

“To be honest, all the energy and effort that goes into having Wizardfest, if we are not creating a magical realm, there is no point in doing it. It’s not like we are making money,” Bear said, with a laugh. “If you are not having fun, what is the point in doing it?”

Bear said the organizers all decided it would be best to delay Wizardfest and concentrate on coming back stronger and better in 2021.

“Especially when we know there is a pretty high probability that everything is going to be fine next November, that we can have a festival we can be proud of and create a magical atmosphere,” Bear said. “Ultimately, we want people to be safe and have fun. That means we have to wait until next year and that is fine. It gives us more time to plan.”