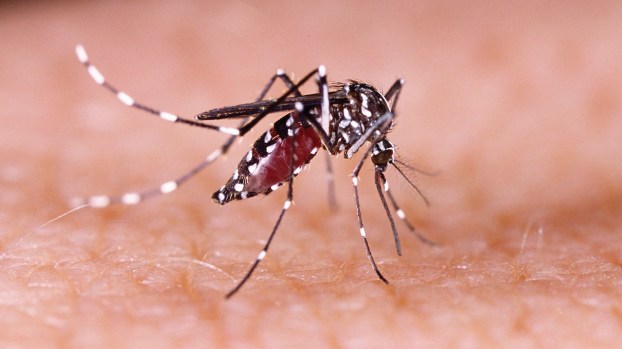 Controlling mosquitoes: $24,550 will go to killing the bugs to prevent viruses

The Lawrence County Health Department is one of 45 health departments in Ohio to get funding from the Ohio EPA to control the mosquito population.

The health department is getting a $24,550 grant for mosquito surveillance, larval control, community outreach, seasonal employees and contracted services.

“Ohio EPA is pleased to continue offering funding for mosquito control measures that will help local health districts reduce the risks of mosquito-borne viruses in their communities, including cleaning up scrap tires that can become mosquito breeding grounds,” Ohio EPA director Laurie A. Stevenson said.

The Zika virus is spread by bites of a mosquito. The cases of Zika in Ohio came from when they traveled to places where the virus is widespread such as South America.

West Nile is also spread by the bite of a mosquito virus. Cases generally start in mid-June, spike in mid-August and end by November.

La Cross Encephalitis affects humans and horses. It is spread by both mosquitoes and ticks. The bugs that transfer the disease generally live in heavily wooded areas in the eastern and southern areas of Ohio where much of the silver maple, oak and beech tree forest habitats are found.

A message of hope

Group paints over racist graffiti underneath Ironton underpass You may have noticed that Ironton is getting new batches of art... read more