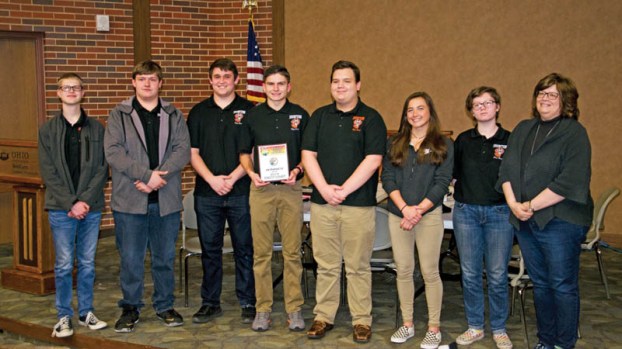 For the second year in a row, Ironton is the high school Quiz Bowl champion for Lawrence County.

The team defeated St. Joseph High School, 41-33 in the final round of the Ironmaster tournament at Ohio University Southern on Wednesday.

Eight high schools faced off in the event, organized by the Lawrence County Educational Service Center.

As Ironton had lost a match earlier in the double elimination tournament, they had to beat undefeated St. Joseph twice to claim the top spot.

“They had to work their way back from the losers’ bracket,” Julie Walters, student services coordinator for the ESC, said.

“We won last year, and we’ll go to regionals on April 6 in Lancaster,” she said. “I had three seniors who really carried the load. This was our goal for this year.”

“What a season,” Walters said of the efforts. “They only lost one match.”

Higgins was named by Gunderson as “Outstanding Player.”

Others chosen by their coaches for that honor included Cameron Donahue, of Rock Hill; Sam Caskey, of South Point; Andrew Miller, of Chesapeake; Scott Ferrell, of Fairland; Isaac Dickess, of Dawson-Bryant; Connor Waller, of St. Joseph; and Tanner Sites, of Symmes Valley.