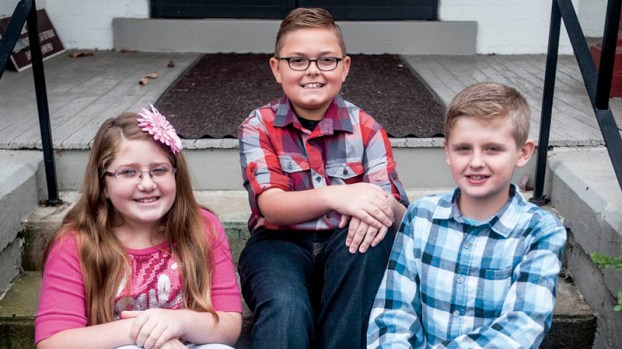 Students interested in local history were rewarded for their efforts Saturday at the Lawrence County Museum.

About 25 fourth-grade students entered the historical society’s 2016 essay contest and the winners were announced at reception at the museum.

“We’re always happy to have this and invite everyone into the museum,” Kay Rader, a museum trustee, said. “We’re hopeful that we’ll have a lot of little historians here.”

First place in the contest went to Gran Wilson, of Dawson-Bryant Elementary for his essay on Burlington Macedonia Church. For his work, he received $50.

Coming in second was his classmate at the school, Sunserae Henderson, who received $25 for her essay on Antoinette Sherpetoska Peters.

Austin Dement, of Symmes Valley Elementary, won third place for his essay on early agriculture and the Rome Beauty Apple.

Lori Deer, the fourth grade language arts teacher at Dawson-Bryant spoke of the inspiration for her students, who took the top two spots.

“Both of them went on the historical walk at the cemetery before they began their project,” she said. “They were excited from the beginning to get started.”

Abby Fowler, the language arts and reading teacher at Symmes Valley, said she was not surprised at Dement’s win.

“He’s a great student with a lively mind,” she said. “His essay was so entertaining, I was hopeful he would win.”

For their work, the children were also presented with keepsake Christmas ornaments form the museum, as well as other items.

Look for the top three essays in this Sunday’s edition of The Tribune.

Up to $35,000 in assistance is available A program through the Ohio Housing Finance Agency (OHFA) may be able to... read more