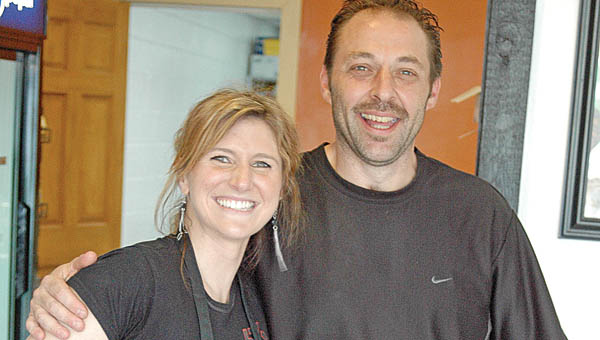 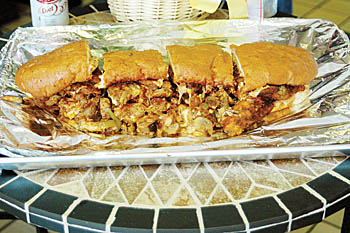 IRONTON — Since she was 3-years-old, playing in the Italian restaurant her family owned in Connecticut, Heather Leto had dreamed of one day having her own.

“(My dad) used to have me work the cash register,” Leto said. “I was about 3 and they’d bring me down there and sit me on the counter.”

The 32-year-old realized that dream Monday when she and boyfriend Brian Hanshaw opened Leto’s Italian Deli.

The restaurant is located at 515 S. Third St. and features a menu of Italian sandwiches, salads and soups.

The restaurant is offering free delivery for now, though they may have to rethink that if gas gets any more expensive, Leto and Hanshaw said.

Though it has only opened recently, Leto said business has been great so far.

“It’s been crazy the response that we have had,” she said. “We’re so grateful and appreciative of everyone. Even though it’s our second day and everybody’s running around, everyone’s been understanding.”

And so far, she is enjoying the area where Hanshaw, 43, formerly of Coal Grove, grew up.

“I love this community,” she said. “It truly is a community. Everyone is so gracious and they mean it. That’s something that’s hard to find on the East Coast.”

Hanshaw hadn’t lived in Lawrence County since he left to join the Air Force in 1986. He later owned a truck and a furniture company, most recently selling them to work for another company before being laid off.

After both Hanshaw and Leto were laid off from their respective jobs, the two decided to move to Lawrence County and start the business.

Two of the biggest inspirations for Leto are her parents, Pat and Joe Leto. A picture of the two is featured on the business’s menu, as is a note dedicating the restaurant to Pat’s memory.

“I’m very proud of her,” Joe Leto said. “Her mother would be even more proud.”

Hanshaw’s family has been involved in helping the couple open the deli.